When my clients request consultations, about half the time they want me to communicate with their pets who are dying or who have already crossed over the Rainbow Bridge.

If a beloved pet has passed on, there are certain questions almost everyone wants answered… Where are you? Are you well? Are you happy? Do you have any pain? 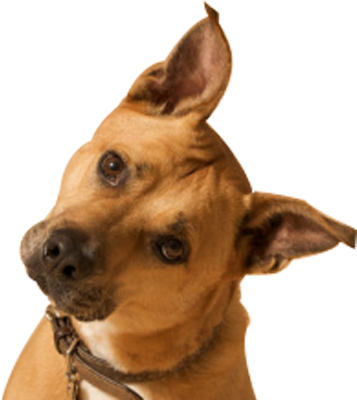 Based on thousands of replies, the simple answer is… pets who have passed on say they are in the light, or surrounded by light, or are now beings of light. Each of them might describe their state of being just a little bit differently, but there is always an all encompassing light that surrounds them. This light seems to be a living light… it gives them love as a Mother would… it calms them… it gives them joy… and even wisdom to know they are well taken care of and safe.

If I ask them to tell me who they are or what they look like, even pets who passed when they were very old usually present a younger version of themselves. They never want to be remembered as they were in their last days. Instead, they see themselves as healthy, happy and enjoying life. And that’s how they want us to remember them. They often ask us to choose a picture of them at their best and display it where it can be seen by everyone.

Some animals remember past lives, some remember their missions, some remember their human friends and interactions. All of them know who we are, what we did for them, and how much they were loved. Many whose spirits remain around us for the duration of our lives here on earth tell us that they’ll be reunited with us in the light.

Often they can tell us what we did in their absence, how we remember them, the little things we did for them, and how they feel about what we did. Sometimes their comments are very specific. For example, pets have told me they saw their name engraved on an object, or the color of the urn for their ashes, or their name tag on their human’s key chain.

They’re each focused on helping their humans in different ways. One animal might tell his human that it’s time to pick up his food bowl from the floor and put it away, while another might say that their human needs to carry their collar around with them for awhile longer.

My clients often want to know something very specific also. One client in particular asked a very important question when she wrote to me for help.

She asked: “What about those animals who died of abuse, neglect, torture? Those who never knew a loving touch or a friendly human? What happens to them?”

The answer was first given to me a long time ago, and then, over the years, as I continued talking with animals who are in spirit, it became even clearer.

When animals transition into spirit, they often tend to remain around their family during the family’s mourning period. After that, some of them simply continue to learn on the spirit side, while others, who may be a bit more advanced want to become “greeters.”

These greeters, I am told, have a very special responsibility. They’re the ones in charge of receiving the souls of those animals, regardless of breed, who go into spirit after having suffered at the hands of a human.

These greeters, receive the soul of the new animal at the edge of the light and guide them into the heart of the light. They will share their own light with them during their transition (usually called crossing The Rainbow Bridge) until they are fully inside the loving light. Some people might call this God.

The greeters will never leave these beings until they know for sure that their soul is healed from all the suffering of their last incarnation. They will be guided, loved, and cared for with more dedication and diligence than any other soul until the emotional scars are gone.

In a way, these troubled souls are better tended to than the regular souls because they have returned after volunteering their suffering in order to better their species.

This is what I’ve been told over and over again, although I’ve never been told why they’ve had to endure what they have. There just seems to be something bigger at work here, about which I’ve never been given further information. But what I do know is that there is great love on the other side and animals are very involved with helping each other. They’re all benefiting from the sacrifices of the ones who have gone before them.

I never hear a reproach, never a complaint. Those animal souls who have been abused, neglected. or tortured are the best and most centered souls I have ever spoken with. I say this because no matter what they’ve had to go through, their last thought is to send mankind unconditional LOVE.

So it is with Love that I approach these wonderful spirits and it is with Love that we are able to maintain an open channel of communication. If you, or someone you know, needs to reach a beloved pet in spirit, do not hesitate to ask me to be their translator. It would be my honor and privilege to do so.