Hi Monica!
Our trip to the 300-acre ranch in Atascadero was beautiful.  There were three horses and two kitties there and all were very friendly.  Our view from the enormous deck was rolling hills, trees, the Pacific Ocean on the horizon, and no houses, buildings, or roads in-between.  The night sky was breathtaking.  The house was full of interesting antiques and painted very artistically.

Well, I guess you have been busy talking to our three kitties!!!  Maggie now climbs up the tree and onto the roof!  She comes into my bed and sits on my chest for lovin’.  She gets so excited she forgets to pull her tongue back into her mouth.  She also let me brush her for the first time.  Daisy is just wonderful with little Noelie.  Spencer complains if Tom…..takes a bath…or even walks away from him and many times stares right in his eyes to check on him.  That bond is incredible.

Thank you again for doing your MAGIC!!
You are so fascinating to me!
Much Love, 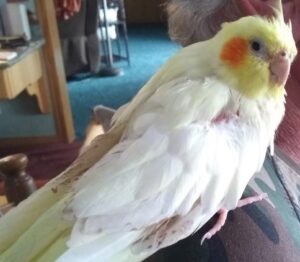 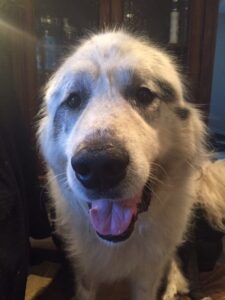 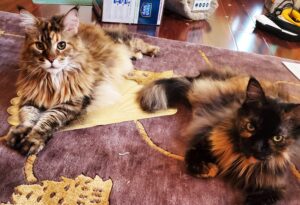 Dr. Monica says: “On Leslie’s visit, I had told her that her dog was suffering from an ear infection. Obviously caught off guard, she said she had just been to the vet for some anxiety medication and they had found nothing wrong with him. Upon closer inspection of the dog’s ear, I saw the one in question just a little … END_OF_DOCUMENT_TOKEN_TO_BE_REPLACED

At the request of her guardian I went to see Angel, a 2 year old female Rhodesian Ridgeback mixed breed. She had been rescued from the shelter and Mom was very concerned about her behavior. Angel would spend most of her day in the bedroom hidden away in a corner, lying on top of her mat. She’d seldom come out, … END_OF_DOCUMENT_TOKEN_TO_BE_REPLACED

Ann called me in to talk to her two year old female dog, a Great Pyrinee named Shadow. Shadow didn’t enjoy going to visit different people or places anymore. When they did go out for a visit, she would start whining and pawing at her “Mom” right away and Ann would be forced to leave, cutting the visit short. Ann … END_OF_DOCUMENT_TOKEN_TO_BE_REPLACED

Michelle called me early one Saturday morning and said that it was urgent I talk with her cat who was very short of breath, and probably wouldn’t make it through the day. She needed to ask a lot of questions and was willing to drive a long way to see me. Jessie was very quiet and talked very slowly but … END_OF_DOCUMENT_TOKEN_TO_BE_REPLACED

Dear Dr. Monica, I wanted to say a very heartfelt thank you for your help in contacting our dear Molly. My heart has been broken and you gave me so much comfort and peace. When Molly passed – I came across many sites but I felt so pulled to yours. Your compassion and love for what you do is so … END_OF_DOCUMENT_TOKEN_TO_BE_REPLACED

My husband and I have enjoyed the friendship of some incredible felines over the years, and we have reached out to you on several occasions when special communication has been needed. Recently, you guided our little Murphy home when a neighboring cat decided to show him around and he didn’t return for two days. We have turned to you to … END_OF_DOCUMENT_TOKEN_TO_BE_REPLACED